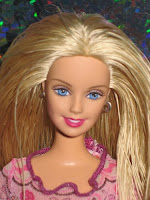 Can you spot the real Postmodernist photo?
Joking aside, what is "Postmodern Photography", and how did it get here? I remember articles in the 1980's posing the question before anyone knew the answer. Postmodernism was an art movement which was named before any artists actually created work. Then came the rush to fill the void. Someone please correct me if I'm wrong, but I don't know of another art movement that so flagrantly placed the cart before the horse. Traditionally, hasn't it been the artists, the practitioners and not the theorists, who have led the way? Historicaly, labels were only later invented in order to categorize, even pigeon-hole artists' work, even if the epithets were initially meant to be perjorative (think Impressionism).
In a recent Time magazine article "The Problem with Postmodernism", photographer Tod Papageorge stated, "Sure, things have to change, but photography-as-illustration, even sublime illustration, seems to me an uninteresting direction for the medium to be tracking now, particularly at such a difficult time in the general American culture." He continues, "There's a failure to understand how much richer in surprise and creative possibility the world is for photographers in comparison to their imagination.... Now ideas are paramount, and the computer and Photoshop are seen as the engines to stage and digitally coax those ideas into a physical form—typically a very large form. This process is synthetic, and the results, for me, are often emotionally synthetic too."
When looking at some contemporary photography, I am reminded of Robert M. Pirsig's observation in Zen and the Art of Motorcycle Maintainance: "'What's new?' is an interesting and broadening eternal question, but one which, if pursued exclusively, results only in an endless parade of trivia and fashion, the silt of tomorrow. I would like, instead, to be concerned with the question 'What is best?', a question which cuts deeply rather than broadly, a question whose answers tend to move the silt downstream". The race to acheive "what's new" perfectly describes the pitfall of much of Postmodernism, written about here even before the term was coined in reference to photography.
At a recent visit to the Walters Art Museum in Baltimore, I read the following quote on a wall plaque,"The traditional concept of art meant special knowledge reflecting high acheivement with a focus on technique involving mental agility, and not so much beauty for its own sake." That, I thought, is a goal worth investigating and moving toward in photography. Like the punk rock movement, which eschewed the bloated and overinflated mainstream rock of the 1970's, and the revolutionary bebop style in jazz, a neo-traditionalism could provide revitalization in photography, evolving but remaining true to its roots, a return back to basics with stripped-down directness and the freedom of improvisation.  What's new is that our collective experience has been altered, filtered through the past with raised social and political awareness. What's best is that these are the types of pictures that cut more deeply.
For more of Tod Papageorge's comments, here's the link:
"The Problem with Postmodernism", from Time magazine
Posted by Robert Forlini at 5:22 PM