This selection of new photographs was taken in August and September 2011. 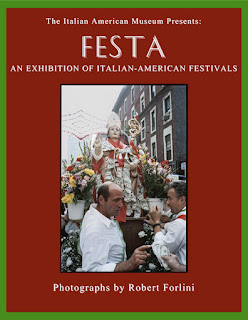 The exhibition of photographs from my Italian-American Festival series at the Italian American Museum, located at 155 Mulberry Street, right in the heart of New York's Little Italy, has been extended through Sunday October 23, 2011. The work explores the social and cultural implications of the endurance of this tradition, as well as addressing the contradictions of existence inherent in living between two diverse cultures. Signed copies of my companion book, La Festa: Italian Festivals in America, are also available for sale in the Museum bookstore. Please stop by if you haven't yet had a chance to see this show.

Posted by Robert Forlini at 9:42 AM No comments:

I will be participating in the exhibit celebrating the 20th Anniversary of Upstream Gallery in Dobbs Ferry, NY from September 15-October 9th, 2011. The show will bring together many of the gallery's past and present artists representing many different media. It promises to be a fine exhibition and a lot of fun, reuniting many old friends! I will be showing my photograph, Frozen Lake, Lake Peekskill, NY 2010. 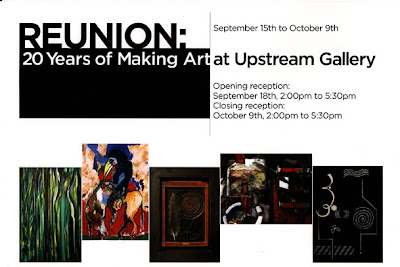 Posted by Robert Forlini at 7:31 PM No comments:

"Festa", An Exhibition of Photographs of Italian-American Festivals on View at the Italian American Museum in NYC through October 9

I am currently exhibiting photographs from my Italian-American Festival series at the Italian American Museum, located at 155 Mulberry Street, right in the heart of New York's Little Italy, through October 9, 2011. The work explores the social and cultural implications of the endurance of this tradition, as well as addressing the contradictions of existence inherent in living between two diverse cultures. There will be a reception on Thursday evening, September 8 from 6:30-8:30 PM, with an artist's talk at 6:30 PM. In addition, signed copies of my book, La Festa: Italian Festivals in America, will be available for sale in the Museum bookstore. The exhibition will overlap with this year's Feast of San Gennaro from September 15-25, which is the largest event of this kind in New York, and will feature special extended Museum hours during the Feast days. So come grab a sausage and peppers and some peaches and wine, then head over to see the show. Ci vediamo alla festa!

Posted by Robert Forlini at 7:59 AM No comments:

Here are some new photographs which were shot in June and July 2011.

Posted by Robert Forlini at 7:38 AM No comments: 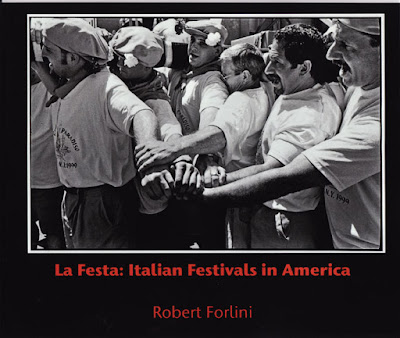 You don't have to be Italian to love a feast! I have just published the long awaited book of images from my Italian-American Festivals series entitled La Festa: Italian Festivals in America. It is 44 pages and contains 41 black and white and color photographs, many of which have not been previously seen in exhibitions or on my website. I feel that these pictures really capture the spirit and "Italian-ness" of the Festa. It's just like being at the Feast except without the sausage and peppers! You will enjoy returning to its pages again and again. It is beautifully printed and available softcover for $31.95 and hardbound with image cover for $44.95. Preview and purchase directly online from Blurb Books at the link below:

Posted by Robert Forlini at 2:41 PM No comments:

It is humbling to be reviewing the book of such a brilliant writer on photography as Tod Papageorge. Well known as a photographer and teacher of photography (he has held the Walker Evans chair at Yale since 1979), Core Curriculum, Writings on Photography, (Aperture, 2011) presents Papageorge's collected essays from the last 35 years in one volume. As Papageorge himself declared at a recent reading and book signing, he does not consider himself primarily to be a writer, and the relatively small output offered here would seem to bear this out. However, what is perhaps a low quantity of words for the time span represented is nonetheless dense in quality. Papageorge is an immensely profound thinker on the subject of photography, and a keen and opinionated observer of the photography scene, perhaps second only to the late John Szarkowski of the Museum of Modern Art in his insight and originality. It is not only his wisdom which keeps us engaged in the text, but his well crafted language is also a pleasure to read (this makes sense: Papageorge began his academic career as an English literature major before becoming enthralled with photography). Many of the writings will be familiar: (his essay for The Snapshot (Aperture #19:1), the introduction to Garry Winogrand's Public Relations and his treatise for Walker Evans and Robert Frank: An Essay on Influence, for example); they are all welcomed re-reading in this new context. There are also many newly published entries, including impassioned tributes to the photographers Atget, Brassai, Cartier-Bresson, Winogrand and Koudelka (with many plates of the referenced pictures), several sharp interviews with Papageorge himself, and my personal favorite, "An Unfinished Poem in Response to Susan Sontag's On Photography". Unlike writers such as Sontag, who seem to have contempt for the medium, Papageorge postulates in one interview that the best writing about photography has been penned by those involved in its actual practice, giving Szarkowski and Robert Adams as illustrations. With his deep understanding and love for photography, I would add Tod Papageorge to that pantheon.

Posted by Robert Forlini at 6:59 PM No comments:

Henry Wessel is a photographer of talent whose work is not seen often enough in exhibitions or in print. So it is most welcome that now on view at Pace/MacGill Gallery in New York City is "Henry Wessel, Vintage Photographs" through July 8, 2011. Wessel, who has been photographing primarily in the American West since the 1960's, has the rare quality of being able to make pictures which perfectly blend both visual beauty and wry social commentary. No matter how diverse his subject matter, Wessel's work maintains a stylistic cohesion that marks the work as uniquely his own. Garry Winogrand once stated that the contention of content threatening to overwhelm form in his own pictures was what created their tension. The obverse is true in Wessel's photographs; it is the form which threatens to overpower the content. The art of Wessel's pictures is the delicate balance between these elements, teetering on the edge of formalism, yet always managing to draw us back to the significance of their meaning. They are simultaneously a celebration of the joys of seeing and and a commentary on the strange world which surrounds us.
Click image to play video of a Henry Wessel interview.
Posted by Robert Forlini at 12:42 PM No comments:

This installment of Work in Progress features a selection of new photographs shot in and around New York City in April and May 2011.
Posted by Robert Forlini at 2:32 PM No comments: